R7S bulbs are somewhat unique. While most bulbs either have a screw-in Edison-style base, or some form of bi-pin design, R7S bulbs have two recessed single contact (RSC) points on either end of the often long cylindrical shaped bulb. Originally developed for halogen fixtures, the R7S was created for floor lamps and shop and spotlights. The R7S would typically come in two lengths 118mm or 78mm, though they did also come in less common lengths for special applications. These bulbs can also be known as J-type or T-type lamps. While the R7S could put out a great deal of light, they also generate quite a bit of heat. This inefficiency attributed to the nature of halogen lamps caused in 2009 the EU and other European countries to start phasing out inefficient bulbs. Australia would later ban halogen bulbs in 2021 including R7S halogens. Thankfully, this didn’t mean the fixtures need to be replaced. Instead, property owners can purchase R7S LEDs designed to fit the same fixtures and operate at a fraction of the cost.

R7S LED bulbs can be found in both residential and commercial applications. Common examples include indoor and outdoor flood lighting systems, stage or studio lighting, under-cabinet or under-counter lights, closet lights, ceiling lamps, and security and construction lighting. R7S fixtures are fully enclosed and operate on 120V power in North America. J-type lamps are also available in Europe, where they run on 230V power.

Solely from an efficiency standpoint, property owners whose buildings still feature halogen R7S bulbs should seriously consider retrofitting R7S LEDs. They can be used on the same bases and feature the same electrical interfaces. R7S LED bulbs are more energy-efficient than their halogen counterparts, last for longer, and generate far less heat. These days, they’re also becoming easier to find than J-type halogen lamps, even in countries that have yet to ban less efficient forms of lighting.

If you have any questions about our R7S bulbs or our other products, feel free to contact us. 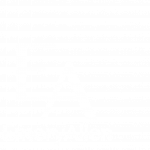